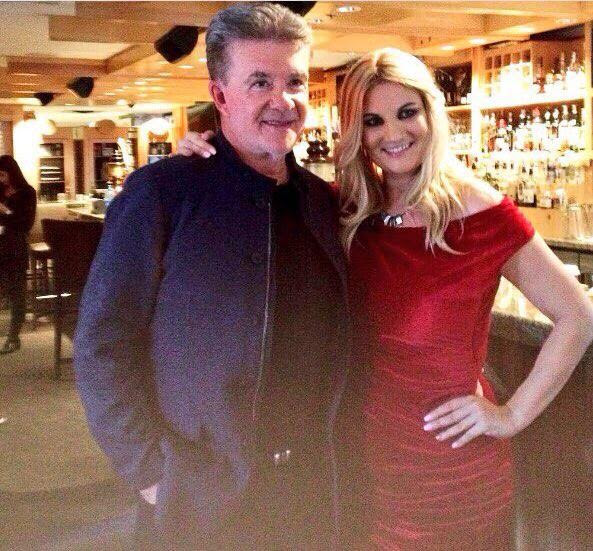 Leftcoast TV is pleased to announce that “Cooking with the Stars” with creator/host Laurie Belle is premiering on CHEK TV Tuesday, September 12th at 2:30 PM. “Get Cooking with the Stars” is a celebrity cooking series that takes viewers on a tantalizing journey to visit the hottest eateries, cook incredible dishes and chat with famous celebrities. Each half hour show is celebrity laden as Laurie embarks on culinary adventures with famous celebrities and world-renowned chefs that share one of their favorite dishes from their menu to share new cooking skills and techniques. The TV series airs on Tuesdays and Thursdays weekly at 2:30 P.M. on CHEK TV and weekly on NOVUS TV in Vancouver.

“Get Cooking with the Stars” kicks off with one of the last interviews with the late great actor Alan Thicke (Growing Pains, How I Met Your Mother) filmed from the Whistler International Film Festival where Alan was honored. Other guests include Award winning actor Aleks Paunovic (War for the Planet of the Apes, Van Helsing, Numb) and ‘Blind Ambition’ NYC & Yuk Yuk’s comedian Darryl Lenox. Join them as they grocery shop with Laurie and visit Dinakas Mediterranean Grille as they cook up mouthwatering treats with Excecutive Chef Sadat Noori. Award winning director Katrin Bowen directed a number of the episodes. 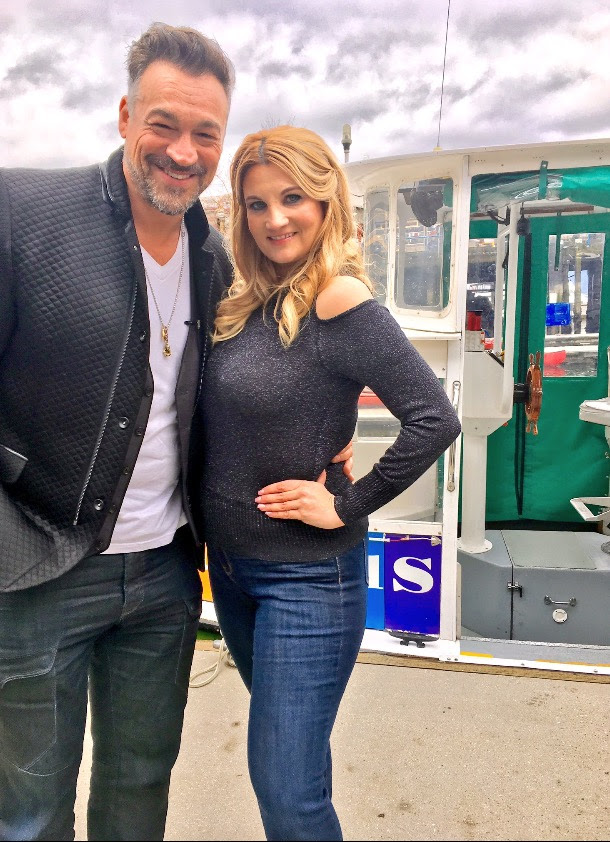 Laurie Belle, the vibrant host of “Get Cooking With the Stars,” has an extensive background in the entertainment industry – from appearing in television shows, movies, commercials and music videos to modeling internationally. She also has a business degree, a communications degree and a Master’s degree in Education. Getting the inside scoop with celebrities and interviewing high-profile personalities comes effortlessly to her. Laurie has also interviewed Gene Simmons, supermodel Coco Rocha and politician Hedy Fry who are fans and supporters of the show. She makes her guests at ease with her fun and lively personality. Having covered interviews on the Red Carpet at VIFF, TIFF, the Olympics, Leo Awards and Vancouver Fashion Week this is one savvy host ready to cook up new adventures. Laurie adds, “I am blessed to be able to apprentice under these famous chefs by taking Thai cooking class with Chef Parinya and learning to make sushi with Tojo. As the shows develop I am honing my cooking skills and will be sharing all the chefs’ recipes in a series celebrity cookbook.”

Laurie is sponsored by Champers Hair Salon, Blushing Boutique, Redavid and is excited to partner with Dynamite Clothing for the new season. The series is executive produced by Laurie Belle of Leftcoast TV and Remy Gill of Ion Ad Inc. The new theme music is composed by musician Logan Jones. “Get Cooking with the Stars” is being acquisitioned by Canada and US markets.

Laurie Belle is available for interviews and photos upon request.